The Minister of Transport praises the performance of the Sea Ports corporation. 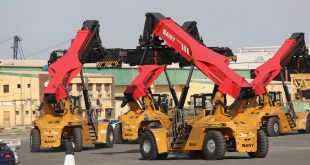 The Social Services Board of Directors held an important meeting to discuss the budget for the year 2021, in the presence of Mr. Faqiri Abdullah Faqiri, Deputy Director General for Financial and Administrative Affairs, The meeting discussed a summary of the departments ’reports in the Services Department and the blessing marriage subsidy project, in addition to an integrated enlightenment on the arrangements for organizing the administration and the cooperative society in addition to discussing the list of social services.

A perception has been raised to organize the process of producing and distributing water through the formation of a special section for water distribution, unification of the management of waste, and its transfer to manage services, after meters have been purchased to monitor the quantities of produced water from the desalination plants and to monitor the quantities distributed from the basins. Faqiri Abdullah Faqiri, Deputy Director General for Financial and Administrative Affairs, said that the services are aimed at providing social services to the worker because the worker’s stability and loyalty to the institution is linked completely to the port. . He said that the next stage requires the establishment of a cooperative institution for the port man, in addition to rehabilitating the farm for poultry production and unifying the water project in the authority. The Director of the Services Department said during the meeting that the administration has worked to completely separate the production process from the distribution with regard to water and that work is underway to complete the activation of the automatic monitoring system for disguises. A round loan has also been approved to provide consumer goods for workers and to double the amount of sacrifice for calves, and he said that a project has been proposed to establish a cooperative society for workers. In the authority, the general manager graciously agreed to finance the value of the association’s shares as a refundable advance from the employees.

During the meeting, maintenance of departmental stores was insured so that the bag would be offered through these stores and be windows for the distribution of goods, and the meeting discussed the necessity of setting up a study for the transfer of durable devices for workers in addition to the participation of the Social Services Department in microfinance operations for the Authority’s workers. 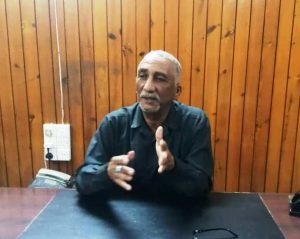 Previous The Minister of Transport praises the performance of the Sea Ports corporation.