Located  within the historical town of Suakin (60) km south of port Sudan (19°,07´)N (37°, 20´)E, consisting of (9) berths, (748) meters long with a design capacity of (3) million tons per year .The Passenger Terminal consists of two  halls :one for arrivals and the other for departures, both of them are  equipped with all service facilities required by passengers . Also there is an extra area adjacent to arrivals hall (100.4 M long) dedicated for keeping passenger luggage and controlled by shipping agents.

Traffic peak was in September where (99) passenger vessels were received (12.1%) of  total traffic. At the same month (53) livestock vessels called at Digna Port ,concurrently, due to Hajj festivals, particularly (Haddye rite).

Increased by (14.1%) in 2013 compared to 2012 due to successful promotional policies which enabled access to new markets.

Livestock vessels ratio was (52.7%) of the total number of calling ships followed by passenger ships (38.8%). 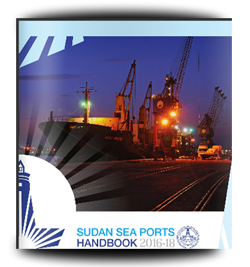